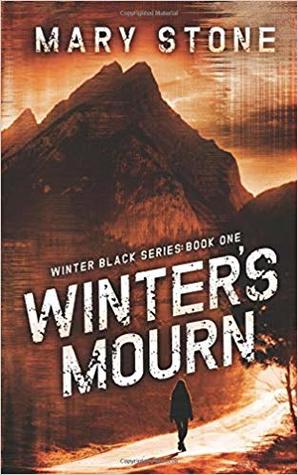 I believe I got this eBook for free from an ad I saw on Facebook.  Free books are the best and I try to put as many as I can on my Kindles.  Yes, Kindles.  Four or five isn’t too many, right?  I’ll admit I am a bit obsessed, especially for someone who didn’t know if they’d like reading on a Kindle.  I found out that I do!

Winter’s Mourn is the first book in the Winter Black Series by Mary Stone, and the first book I read from this author.  Winter is a newbie FBI Agent on her first case which oddly takes her back to her hometown, where her parents had been murdered and her brother had disappeared, never to be heard from again.  She has always had plans to solve her family’s case on her own someday, putting away The Preacher, as they called the murderer.  The story includes a quick look at her childhood, unresolved issues pertaining to her parents and brother,  and a strange investigation.

I enjoyed this book and plan on continuing the series at some point.  The investigation was interesting; a tad removed from how I would imagine a  FBI case would go though. I know nothing about the FBI other than watching shows on TV, so perhaps I’m not the best judge of what a case should look like!

The main character, Winter Black, is a beautiful young woman who makes men googly eyed around her wherever she goes. She is also a newbie who put herself in danger more than once by not following protocols.  That irritated me at times, kind of like when you watch a horror movie and they do stupid things.  You wonder why in the heck the character did something so idiotic.  She also has a unique method of finding clues due to a severe head injury that occurred when her parents were murdered.  As you can see, the story shoots out in many directions, but overall I liked it and am ready to hear more from Winter Black.