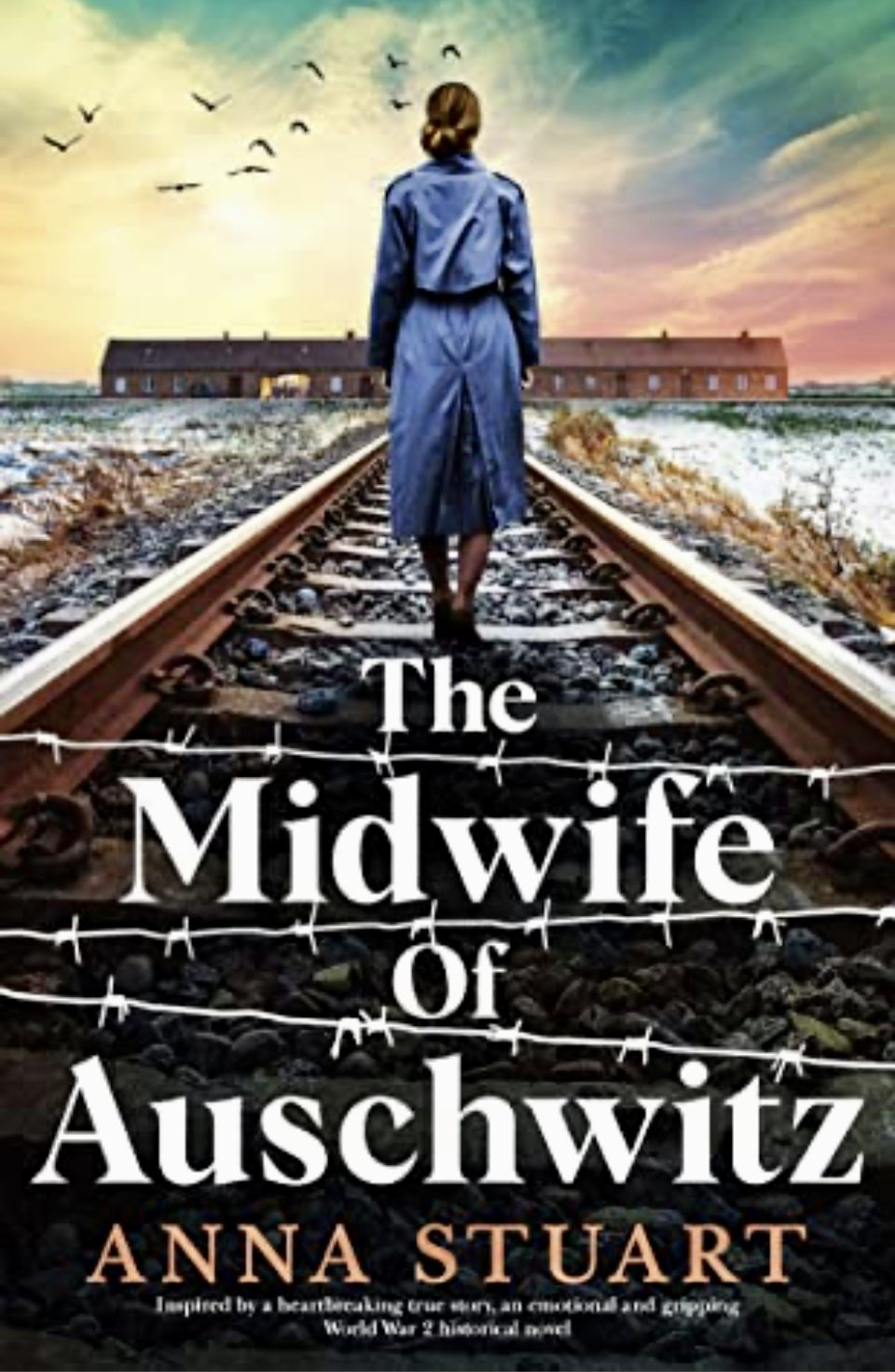 👼The Midwife of Auschwitz tells the story of several brave women who suffered as midwives in this death camp. It wasn’t pretty, but they carried on.

I have read many books about the Holocaust, but none about the midwives and the pregnant women they helped. Although this is a fictional story, many aspects are accurate, coming from the author’s research. Anna based characters on real people. She mentions much of this at the back of the book.

It is unimaginable to picture the atrocities of Auschwitz. Ana and Ester went on the train together and were able to stay together once they arrived because they were not only nurses but midwives. They were put in the maternity hut, which was in no better condition than any other. They slept several to a bed which was a board or a mattress filled with straw. Lice and rodents were prevalent. There was no sanitary area to deliver their babies, and they typically lost them in one way or another, all very savagely.

The relationship between the mothers and soon-to-be mothers was heartwarming as they looked out for each other the best they could with cruelty surrounding them at all times.

It is incredible that anyone made it out of these death camps. The conditions were unimaginable; they froze, starved, and many caught diseases. The smoke and ash from the crematoriums rained down on them 24/7.

The characters are spectacular. They were beyond strong; they had no other choice unless they decided death was a better way to go. The women helped each other stay sane and out of death’s doorway. They even came up with a way of identifying babies taken and given to German families, hoping it would help them find them when the war was over.

Ana and Ester were unique. Ana had a calm demeanor throughout the story. Ester was a bit feistier, and Ana helped reel her in when needed.

This book was so good. It brought another of the atrocities of the Holocaust to light for me. I have read about Doctor Mengele and his horrid experiments on children but have never read about the pregnant women behind the fences. Some came pregnant, and others became pregnant there, some from German soldiers.

The Holocaust is sad but poignant and essential to learn about. Knowing people are that evil is sickening but a reality we face. If you are interested in this topic, I highly suggest The Midwife of Auschwitz.

Thank you to NetGalley, the author, and the publisher for providing this ebook for me to read and review.