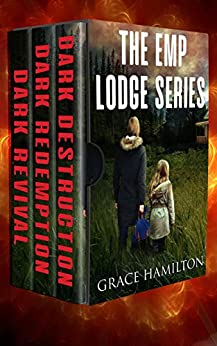 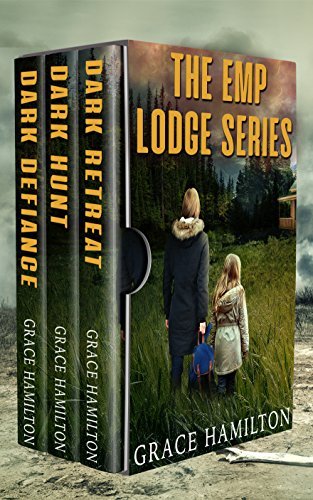 For some reason, I love to read apocalyptic books. They are fascinating and make me wonder about real life. Would the world fall apart as quickly as they do in these fictional books? How long would it take for people to become desperate, willing to take from others, even harming them?  Would the evil come out in people without the law to hold them back?

Grace Hamilton’s EMP Lodge Series is my favorite apocalyptic series so far, and I have read many of them. These books include a blend of preppers that aren’t over the top and regular folks who work together to deal with daily dangers while trying to survive and protect what is theirs.

This six-book series provides the story of a group of cantankerous, strong-willed, hard-working, yet loving people, living together to survive life without power and facing the dangers the new world brings. The preppers and regular folks are forced to do things that were unimaginable in their old lives. Survival came at a cost, but they had no choice in the matter.

I was so entranced by the uncertainty of their situation that I couldn’t put these books down. My stomach tensed up waiting to see what happened, and I had to keep reading to find out if they made it through each shocking event that struck them. I quickly went from one to the next until I finished the series. Then came that sad feeling of finishing a series, but only until I started my next book!