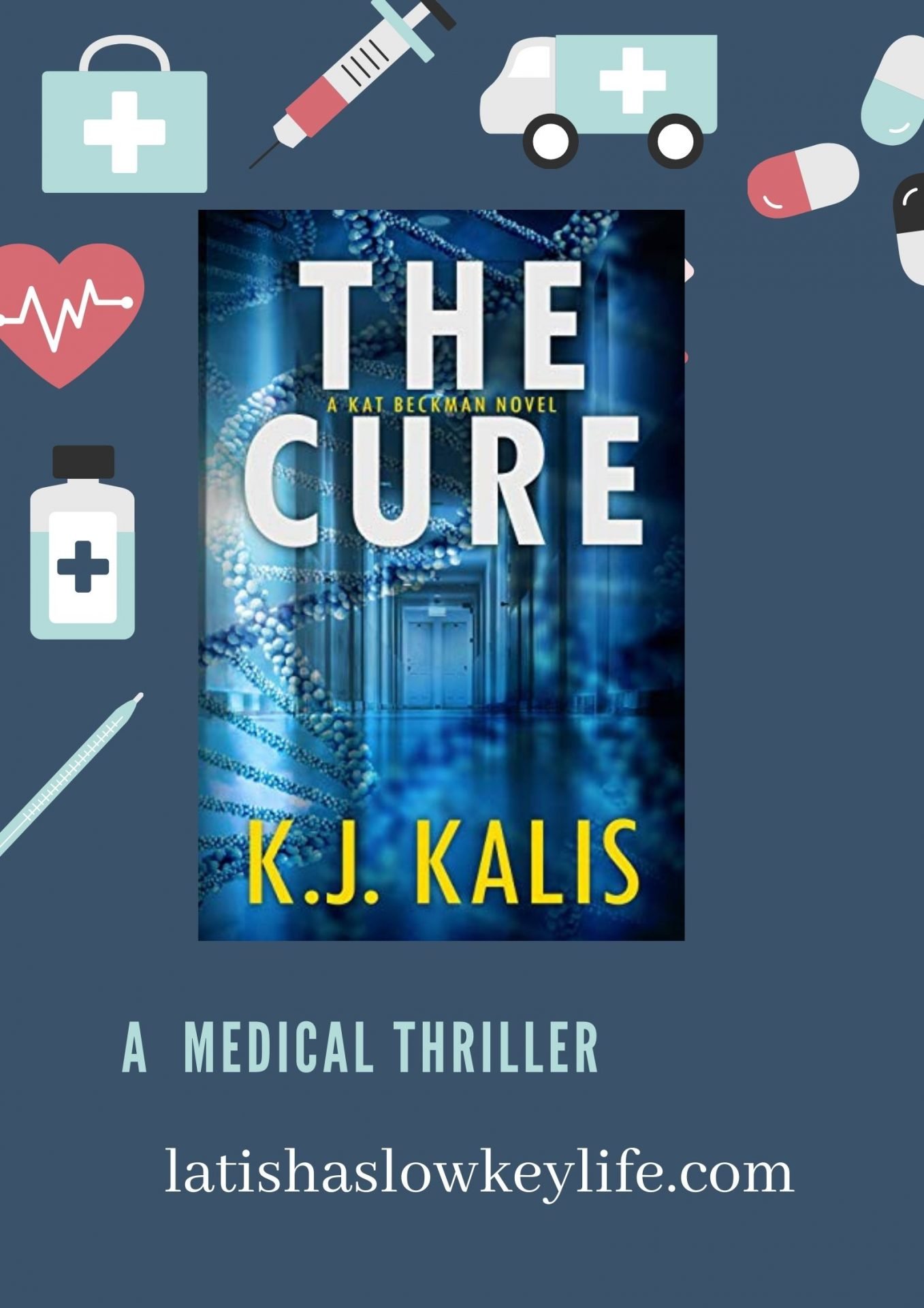 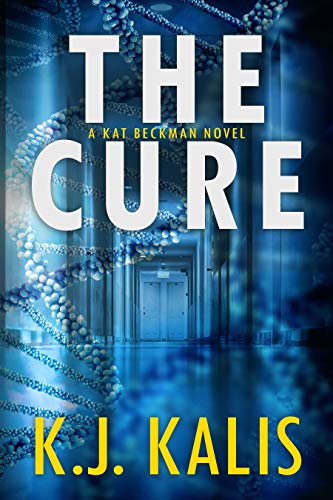 The Cure by K.J. Kalis is a sixty-one chapter thought-provoking medical thriller. I am a fan of long books and series, so this is like having my cake and eating it too! The Cure is the first of a six-book series. That is a colossal slice of cake!

Kat Beckman is the main character in The Cure. She suffers from PTSD after surviving an IED attack in Afghanistan where she was stationed as a reporter. She attempts to move on, marries, and has a family. Life is far from normal though as she receives a very odd offer from a stranger. She has to make the decision to accept the offer or not. There are consequences either way. Moral dilemmas are a large part of the plot in The Cure. Kat’s husband throws in his two cents as his mother is involved in this puzzle. I personally found him to be an ungrateful twit.

The Cure touches on family, country, cancer, and definitely morals. How far do you stray from your morals to help someone? Kat makes a decision, but is it the right one? As I read, I put myself into her shoes. Would I make the same decision?

Although The Cure is a long book, I zipped right through it. It struck my interest, and I wanted to know how Kat would handle herself. As someone who finds it extremely difficult to go against the grain, I like reading about people who do. It certainly makes for interesting reading. I haven’t read the rest of the series yet, but I plan to in the future. I have so many books, and there is never enough time to read them as quickly as I’d like to.