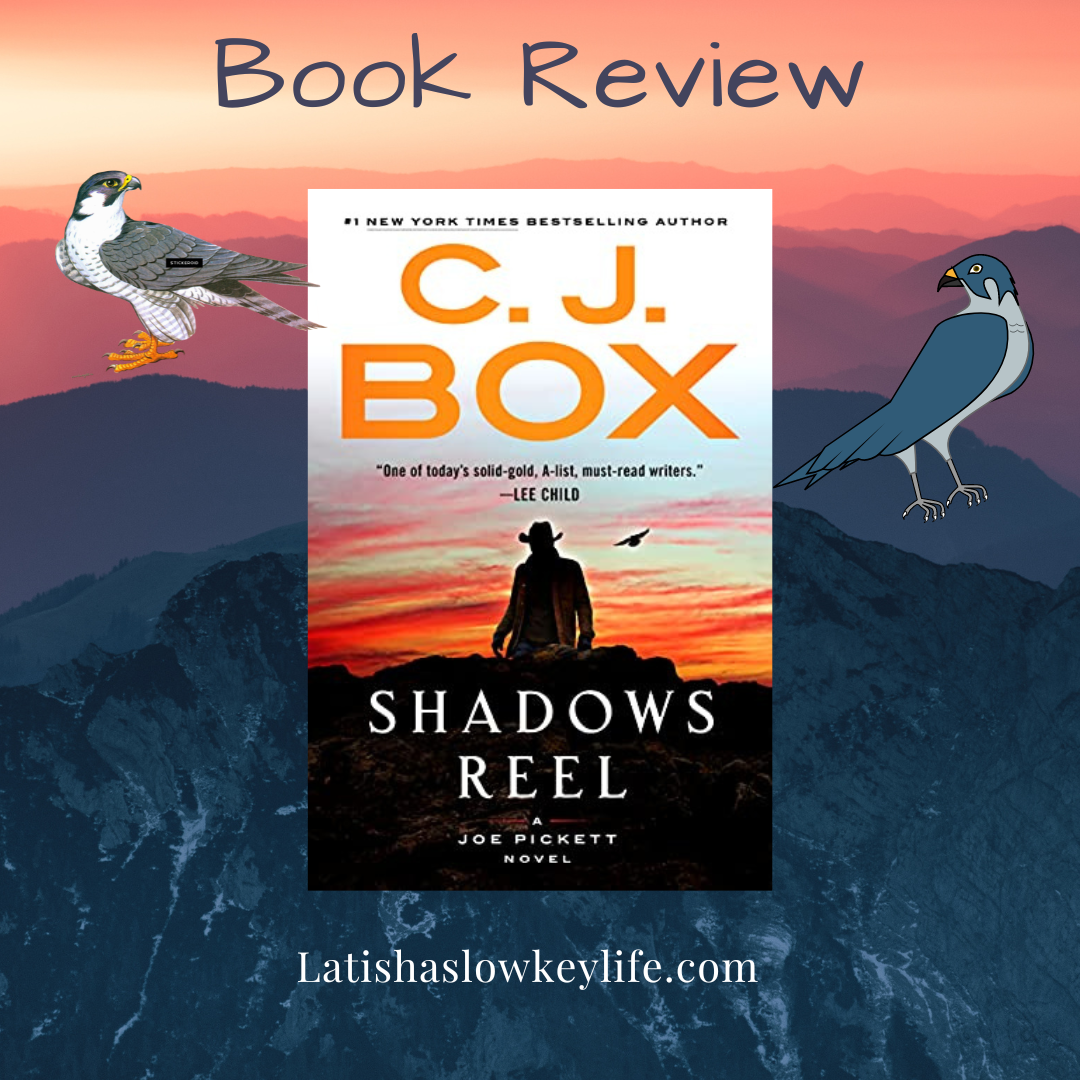 In Shadows Reel, Joe Pickett and his family find themselves in another dangerous situation as they try to solve the mystery around a scrapbook that belonged to a Nazi. Where did this scrapbook come from, and who are the two goons trying to get it? Joe’s pal Nate is on the hunt for the man who stole his falcons and hurt his wife. What will he do to retrieve those birds?

C.J. Box is one of my go-to authors. I fell in love with his Joe Pickett books long ago and am always excited to read about his next adventure. As always, Joe gets himself into some trouble. Joe’s girls make an appearance. Joe’s wife, Marybeth, finds the Nazi scrapbook left at the library where she works, which gets the story rolling. Nate is crazy as ever and has found someone with his values to help him track down his falcons.

There are two plotlines that have nothing to do with each other. One relates to the Nazi scrapbook, where it came from, how it got to the library, and who are the people desperate to get it back. The other timeline continues from the previous book, where Nate’s falcons were stolen. He tracks down the dangerous man who took them. This plotline includes BLM and antifi.

I found Marybeth’s take-over of the Nazi investigation rather odd. She is a librarian. I could see her doing some research for Joe or the police department but not taking the lead to solve this mystery. That wouldn’t be allowed.

The story takes place in Wyoming. The Bighorn Mountains and the Twelve  Sleep River provide a beautiful picture in my mind. Due to Joe being a game warden, the reader typically feels the beauty of this area because he is always out in nature. Unfortunately, I didn’t find this to be the case in Shadows Reel. I guess I prefer the story to revolve around Joe’s work, out in nature, as a game warden.

Although there were things I didn’t care for in this book, I still enjoyed reading it. I will always look forward to C.J. Box novels.