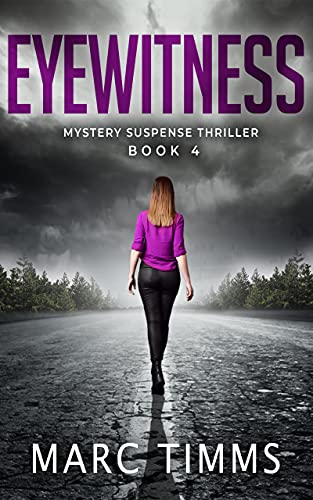 Marc Timms provided me with an ebook of Eyewitness 4 to read and review. Following is my honest opinion.

Eyewitness 4 continues the story of a murderous group of money-hungry individuals trying to get at a relative’s estate which involved millions of dollars. Johanna continues her unofficial investigation trying to figure out how everything happening connects and who murdered who.

Arthur is in jail. The man known as Thomas is missing. People aren’t whom they say they are. Who in the heck is trying to kill Johanna? She’s still interested in Thomas, even though she knows he isn’t really Thomas. Could he be dangerous?

I didn’t feel like there was as much action as there was in the other books in this series. Some answers came about, but it wasn’t as engaging. Although one question is answered, there are still murders to solve. I would assume that will come to us in Eyewitness 5.