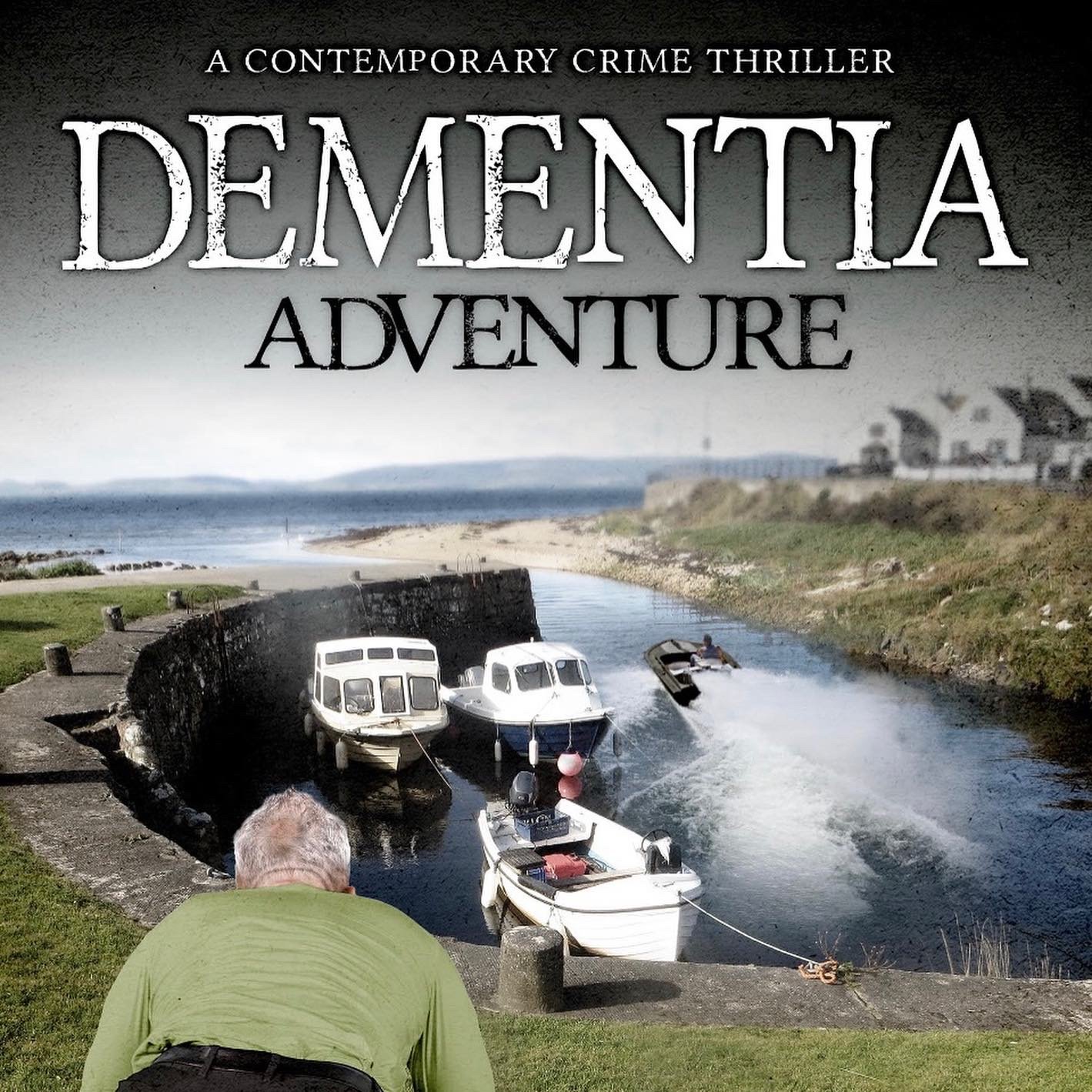 Dementia Adventure actually has two stories in it. The first is about dementia and the second one is not.

Dementia Adventure is about an older gentleman who has become forgetful. Ronnie is a retired mailman, but consistently says he needs to be up early to deliver the mail. When he reports a suspicious boat coming in the wee hours of the morning, the police ignore him and consider him a nuisance.

Ronnie is sure that the man running from the boat and back is bringing drugs to Blackwaterfoot. He continues to report his sightings, eventually being charged with wasting the police officer’s time. Is there an issue or is Ronnie making things up because of his dementia?

Seaweed in my Hair is a story of a couple who have different life goals. They end up divorced and we see Kate’s new life after she moves to Arran to enjoy a new start. She starts a traveling hairdresser business, suffers through a traumatic incident, and moves on with her life.

Both stories involve Sergeant Rory Murdoch who was the main character in the first book of this series, Blackwaterfoot Murders. He is a minor character in these stories.

I found his personality to be quite different in Blackwaterfoot Murders and Dementia Adventure. I saw him as a kind man in the first book. He was sort of a jerk in Dementia Adventure. He’s the one who ignored Ronnie and ended up charging him with wasting police time, knowing he had dementia. I didn’t like that or think the Sergeant would have responded that way from what I already knew about his personality.

I would’ve liked it more if a different Sergeant would have been the bad guy and maybe Rory could have fought a bit more for poor Ronnie. Of course, if you hadn’t read the first book, you wouldn’t know what Rory Murdoch was like.

Although these books are considered the Arran Trilogy, they are different stories, not continuing stories. The setting of all of the books involves the Isle of Arran and Blackwaterfoot though.

These novellas make for a quick, easy read if you enjoy a bit of mystery or this particular area of the world. I enjoyed the stories but felt they needed a bit more detail to them. It bothered me that Kate wasn’t affected at all by her husband’s issues and the divorce that followed. There was a major violation against her that wasn’t dealt with emotionally either. I feel a bit more detail would have enhanced both stories.

Thank you to Love Book Tours, the author, and the publisher for providing me with an ebook to read and review.

As an Amazon Associate, I earn a small percentage on qualifying purchases.