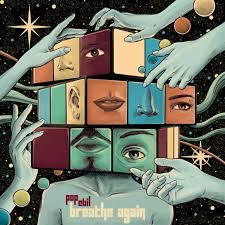 Anyone who knows me well knows that I love my hard rock music and live concerts!  This often shocks people who don’t know me well as people say I don’t look like someone who would like that type of music. Oh but I do!  I am almost 50 and don’t care one lick that most of the people I know are not into rock.  It is the one thing that is an amazing stress reliever for me.  There is nothing like being in the front row moving and singing along.

One of my absolute favorite rock bands is Pop Evil.  They are a Michigan based band which is kind of cool because I live in Michigan too.  I have seen them many times over the years and watched them grow.  I often wish I would have kept track of how many Pop Evil concerts I’ve been too.  The Machine Shop in Flint is my favorite venue by far.  It is small and well known both near and far.  My friend and I have been lucky enough to meet the band many times, most of which were at The Machine Shop.  We like to go early to be first in line so that we can be in the front row.  There is nothing else like it.  We have been able to chat with members of the band outside while waiting in line and after concerts when they come in and socialize a bit.  I have pictures with the members from at least eight of the concerts.  I have signed posters, guitar pics, drumsticks, & other signed items.

Pop Evil has grown and changed over the years.  They have lost and gained members.  Their music changes as each new album comes out.  The name Pop Evil means they play anything from pop to hard rock.  They recently released a new song called “Breath Again.”  In my humble opinion, it is amazing!  I played it on repeat throughout the day that it was released and continue to listen to it as often as I can.  It is not only a great song, but it is perfect for the crazy Covid life we are living now.  It has a little bit of everything in it and the guitar riffs are amazing.  If you have never listened to Pop Evil, give them a listen.  You might just like some of their songs, even if you aren’t into rock!